Best Buy’s Amazon Prime Day version is offering the “Super Mario” game and watch at a discount, allowing shoppers to pick up the iconic gaming device even though Amazon Prime Day has already passed.

The “Super Mario” game and watch was released in 2020. This gaming gadget offers a slightly different take on the popular game.

I thought the Super Mario Bros. game and watch. were okay, but Zelda’s is outstanding. Along with having more games and variety, it gave me an excuse to replay the game. I’ve completed the first quest and am in the second. I felt weirdly good paying $50 to play Zelda again. https://t.co/m12D7lS9V7 pic.twitter.com/nXd1v2C4Ly

The “Marios Bros” on the game and the watch shows the two popular characters, Mario and Luigi, working in a bottling plant, preparing packages of bottles for deliveries.

According CBSAccording to the latest report of “Super Mario”, the “Super Mario” game and watch can play the “Marios Bros” title on a color screen, which is quite different from the original console version. 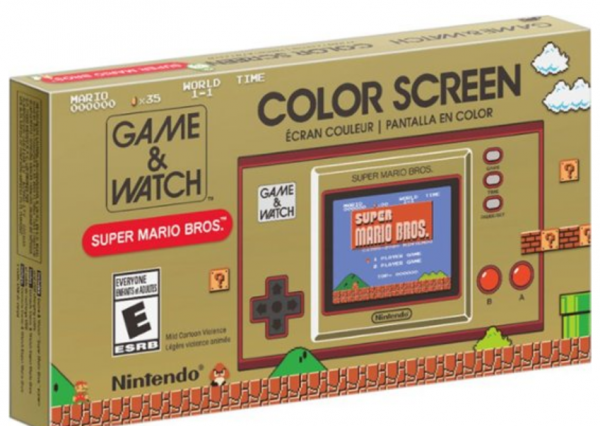 There’s also a USB-C charging port and cable. Since this is a “Super Mario” game and watch, there will also be a digital watch display for you to use.

Best Buy is offering this awesome console for just $40 instead of the usual $50.

Although this little gaming device is not as advanced as the highly demanded Nintendo Switch consoles, it is still a gadget for your kids.

Fun fact: did you know that the Game and Watch system of Super Mario Bros. shows a Dry Bones at 1 a.m.? it’s a reference to the fact that I feel fucking dead right now. pic.twitter.com/nfSZG6RqUS

You can visit Best Buy official site for more details on the discounted “Super Mario” game and watch.

Another Amazon Prime Day Will Happen

While Best Buy’s version of Prime Day is offering the “Super Mario” game and watch at a discount, various rumors claim that there will be another Amazon Prime Day before the end of 2022.

The edge reported that the recent two-day sale, which ran from July 12-13, was the largest yet.

For this reason, the e-commerce giant may launch another version, which will be called the “Prime Early Access Sale”. Various rumors claim that this new sales event should take place around October.

You can click this link for more details on the alleged Amazon Prime Day.

On the other hand, the powerful AMD Ryzen 9 was also on sale during the previous Amazon Prime Day.

For more news on Amazon Prime Day and other similar sales events, always keep your tabs open here on TechTimes.

ⓒ 2022 TECHTIMES.com All rights reserved. Do not reproduce without permission.