Return to the Borderlands in the gritty New Tales from the Borderlands. The next choice-based narrative adventure developed by Gearbox Software is set to launch on October 21.

This all-new story brings fresh, familiar faces, new settings, and an original, gripping story while keeping the sci-fi aesthetic and irreverent humor that Borderlands fans have come to know and love. Continuing the same spirit of adventure as 2014’s fan-favorite Telltale, New Tales from the Borderlands is an unforgettable single-player experience.

In New Tales from the Borderlands, players take control of three lovable losers, Anu, Octavio, and Fran, guiding them through an epic adventure full of ruthless corporations, terrifying creatures, and talking guns. Discover new and familiar locations in the Borderlands universe, as well as a host of fascinating characters.

After a series of unfortunate events, our three outsiders find themselves in a unique position to open a vault and use its otherworldly contents to create universe-altering technology. In their rush to market, they will face local competitors, attempted corporate takeovers, and galactic mysteries. Turns out, nothing in the Borderlands is more deadly than starting a business.

Our heroes all have their own unique stories: 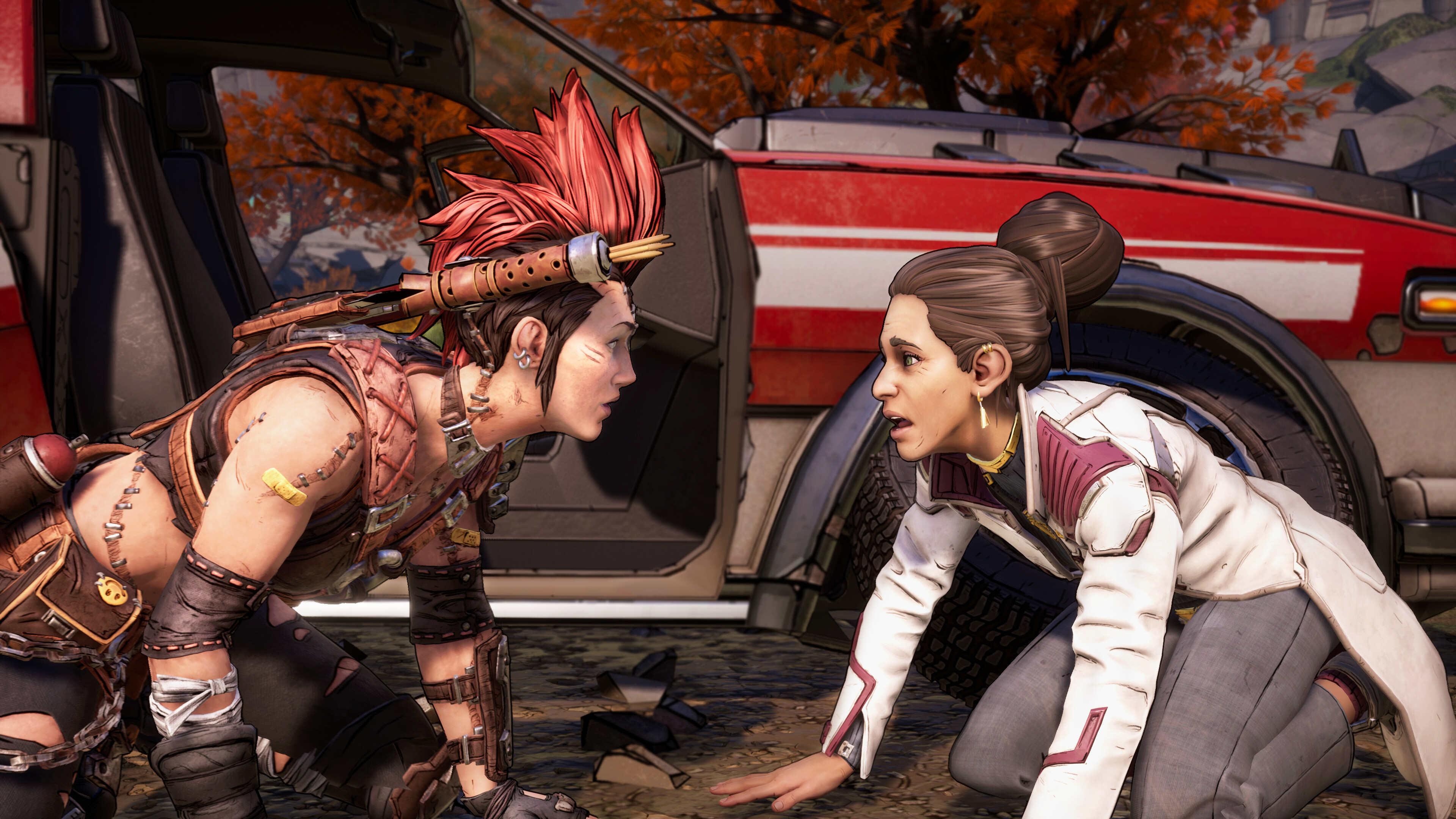 While these three characters have their own quirks, talents, and dreams, it’s ultimately up to the player to choose the dialogue and decisions that shape their story. Choice is at the heart of the game, and you have the power to determine how the story unfolds.

A conscious change we made was to remove the “hints” that show which choices have a long-term impact. We did this because we believe every contribution is a choice and every choice matters. All choices have immediate impact through character responses, often filled with humor. However, they may also have ramifications for how events unfold later in the story and will ultimately affect the ending you see. With five possible endings to the game, it’s up to you to find out how your choices impact each character.

While choosing what Anu, Octavio, and Fran say and do at the heart of gameplay, New Tales from the Borderlands also features free walking sequences where you can explore and interact with the environment, simple puzzles for players, and mini-games – including Vaultlanders, a mini-game where players must fight to the death (with small plastic figures). The winner gets the loot (i.e. adding the loser’s Vaultlander to their collection). Development of the game by Gearbox Software was led by our incredible team at Gearbox Studio Quebec, with many experienced Borderlands developers coming together to create a storytelling experience like no other. Gearbox has also teamed up with key alumni from the original Telltale Games games The Tales from the Borderlands Narrative Team will provide a spiritual successor to the original tales.

The game is divided into five chapters, all available at launch on October 21, 2022! Plus, after your initial playthrough, you can replay any chapter you want, a great option for players looking to feel the consequences of every decision.

Keep your eyes peeled for more New Tales of the Borderlands news on Borderlands social media and pre-order the game ahead of its October 21, 2022 release.