Huawei recently launched a bunch of devices during the summer new product launch. Now it looks like the company is gearing up to unveil some new handy things for its consumers. Yes! the Chinese technology manufacturer will soon launch a new Huawei PixLab inkjet printer.

As for the reports contributed by the Weibo blogger – @kanshanuncle, Huawei will soon bring the PixLab inkjet printer to the mainstream platform. It is also suggested that the upcoming printer will have minor tweaks over its predecessor.

Previously, the Chinese company presented a multifunctional printer – PixLab X1 Laser. Although the printer was relatively easy to use, the gimmick’s flaw was that it only supported black and white prints.

Generally, laser printers use toners to print. These toners come in cartridges and must be purchased separately. While presenting the black and white tones, the printing speed is fast and shows better effect. However, to need color prints, the machine requires new ink cartridges or the addition of that particular color ink. Plus, it runs at slow speed so the color prints better.

Since the previous printer was only capable of giving black and white printing results, the company is trying to bring more modern and advanced features with the new one. According to reports, the next PixLab inkjet printer is expected to come with color ink cartridges.

Thus, users will be able to print pages in color, with a detailed and artistic definition. Also, they will find clearer and more structured layouts in the output. 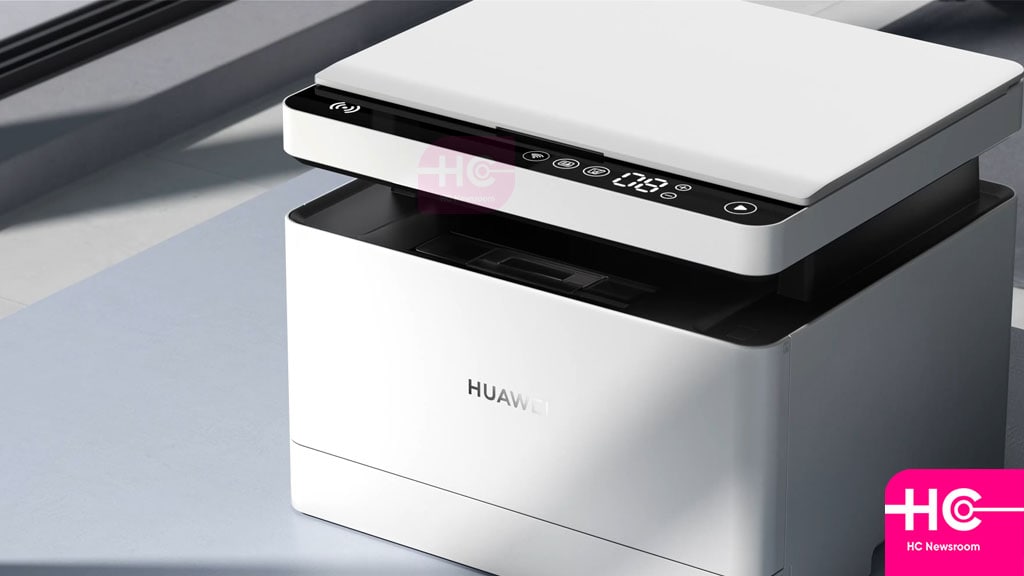 Launched in September 2021, the Huawei PixLab X1 came with a pre-installed HarmonyOS system. He was able to perform multiple tasks in real time. For example, printing, copying, scanning, one-touch printing, remote printing, etc. Therefore, it carried the suffix “Multi-function” in its name.

On the other hand, users can print around 28 sheets per minute with the X1 laser printer. It also supports automatic two-sided printing, and all these functions are only available at 1899 yuan.