ASUS Republic of Gamers (ROG) today announced the release of the ASUS ROG Rapture GT6, its first-ever mesh WiFi system optimized for gamers. Featuring a tri-band WiFI 6 gaming mesh system with a high-performance dedicated link, the product will be available in North America from Q4 2022 with pricing yet to be revealed.

According to the official ASUS ROG website, the mesh Wi-Fi system also features dedicated high-performance backhaul and 160 MHz channels that deliver super-fast speeds of up to 10,000 Mbps. Additionally, the system has a rather unique design with all of its antennas placed internally for a cleaner, futuristic aesthetic. 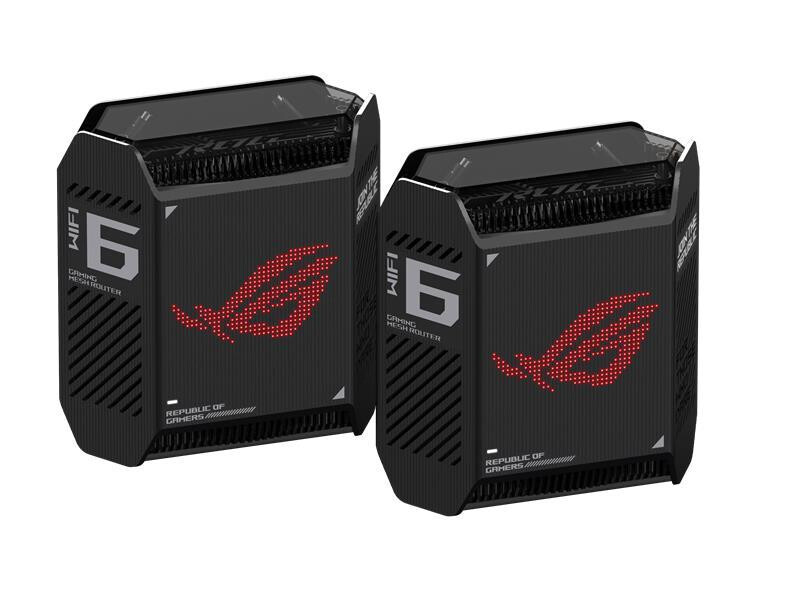 In fact, the Rapture GT6 is built with premium form and function in mind. Naturally, there’s RGB on the ROG logo called the “Aura RGB logo”, cut vents, and the ROG slogan For Those Who Dare etched on one side. At the top and bottom, the ventilation grilles are aligned with the heatsinks for ideal convection effects and heat dissipation.

Plus, it has nine internal antennas that use ASUS RangeBoost Plus technology to provide coverage up to 5800 square feet. In addition, ASUS ROG also emphasizes wired connections, through which users can enjoy up to 2.5x faster wired connectivity with a 2.5 Gbps WAN port and LAN trunking. . Other notable features include elimination of dead zones, three-level game acceleration that optimizes game traffic from your device to the game server, and comprehensive network security. The latter includes free lifetime subscriptions to Trend Micro’s AiProtection as well as ASUS Instant Guard. It is available in black or a special edition Moonlight White and comes in a two-pack mesh system.

So, what do you think of the Rapture GT6 Mesh Wi-Fi System? Share your thoughts with us in the comments below and stay tuned to TechNave for more tech news.