Beyond all the hype and buzzwords that come with every new phone launch, even customers are now realizing that deep down, all smartphones look and sound alike. There is no breath of fresh air on the horizon, no reimagining of possibilities. Until you hold the Samsung Galaxy Z Fold 3 in your hands.

The quintessential full-touchscreen candy bar design of the modern smartphone has reached a saturation point over the past 15 years as flip phones and physical keyboards have died out. Nothing heralds the era of foldable screen smartphones better than the exceptional Samsung Galaxy Z Fold 3. It’s unlike any other phone you’ve used, hands down.

There’s a lot to like about the Galaxy Z Fold 3, even if it’s not 100% perfect. If you thought that Galaxy ZFlip 3 was amazing, think of the Galaxy Z Fold 3 as its over-performing big brother – everything the Flip 3 does, the Fold 3 does better. I summarize my highlights of the game-changing device after using it for over a month (longer than a regular review sample), and how history might judge it in the future.

It’s not everyday that you come across a phone that takes your breath away, making you feel like a wonder child, but the Galaxy Z Fold 3 has that effect on just about everyone. And that largely comes down to its foldable screen. 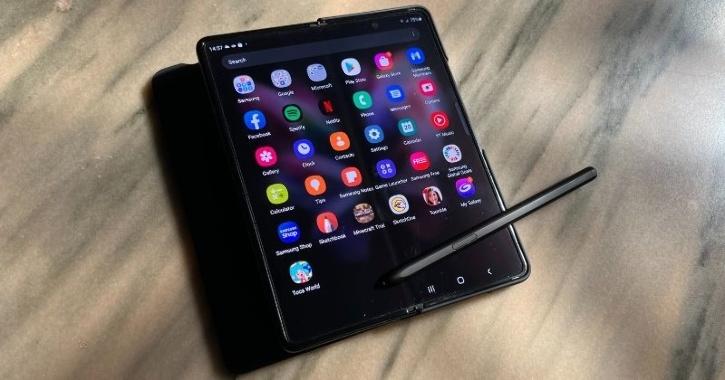 Much like the Galaxy Z Flip 3, the Z Fold 3’s screen bends and twists in unconventional ways, which is at the heart of all its appeal.. But where the Flip 3 opens vertically, the Fold 3 transforms horizontally from a phone to a mini-tablet. What’s even more impressive is the Z Fold 3’s screen effect – if it was a book, the Fold 3’s screen seems to spill out of the cover and wrap around in the halves inner left and right, divided by a slightly recessed back crease from another uninterrupted screen layer. Seen in this light, the Samsung Galaxy Z Fold 3 is wonderful to behold, a true feat of industrial design and cutting-edge engineering, where adjectives and exaggerated hyperbole seem justified.

I remember using the S Pen on the Galaxy Note 5 over half a decade ago, where it seemed utterly useless, largely a gimmick. Not just older S Pen implementations, my fundamental problem with styluses as a navigational tool in the past was that they felt clunky, awkward, and time-consuming – basically, poor excuses for not directly touching the screen with fingers. But that’s no longer the case with the S Pen experience on the Samsung Galaxy Z Fold 3. 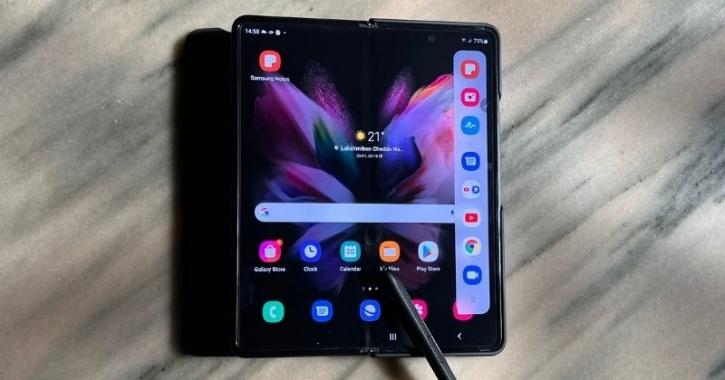 The S Pen is another impressive example of solving engineering problems on the Fold 3’s foldable screen – how smoothly it traces, tracks and responds to the touch of the fine-tip stylus. The crease that runs along the center of the unfolded display isn’t a dead zone, Samsung has ensured that through clever use of software.

The learning curve on the stylus can be compared to the trackpoint on a ThinkPad – you’ll get used to it in a day and wonder why not all phones (or laptop keyboards) support it. The Samsung Galaxy Z Fold 3’s stylus is extremely precise and makes navigating the device extremely intuitive, whether you’re drawing a digital painting or annotating a document.

It’s all great except the decision to make the S Pen an optional purchase, which means it doesn’t have the super-convenient physical compartment inside the Galaxy Z Fold 3 unit like Galaxy Note devices of the past.

In many ways, the fundamental question the Samsung Galaxy Z Fold 3 tries to answer with its foldable screen implementation is whether you should buy a separate tablet. at all. If your futuristic smartphone can instantly expand its dimensions to a very respectable 7.6-inch panel, why clutter your life with a separate tablet for a few more inches?

While it’s not perfect in its reimagining of a smartphone-tablet hybrid, the Galaxy Z Fold 3 is certainly the most compelling concept that tests your tablet’s allegiance from a foldable screen perspective. 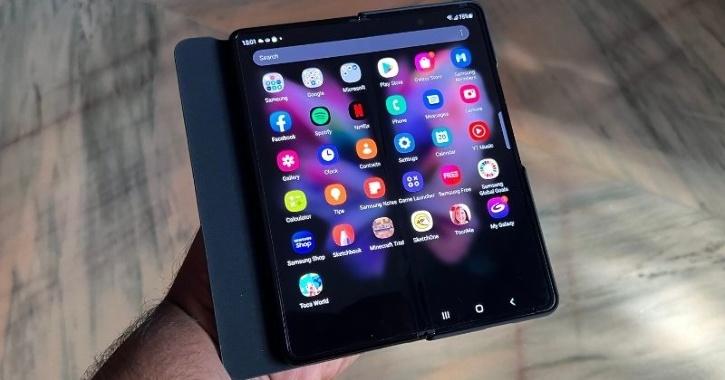 Whether it’s reading an online article or an e-book, watching a movie on Netflix or gaming or just mindlessly doodling, the Galaxy Z Fold 3’s unfolded screen acquits itself quite well in all of these tasks. The increased screen real estate makes everything from typing to joining a video call a much better experience on the Galaxy Z Fold 3.

Beyond what any other smartphone can offer, the Z Fold 3’s larger unfolded screen looks a lot closer to being a tablet substitute than it has ever been in previous iterations. And even after prolonged use, the Galaxy Z Fold 3’s foldable display still looks brand new.

In the admiration of hardware and industrial design, the software should not be forgotten – it deserves praise. The Galaxy Z Fold 3 experience is brought to life not only by cutting-edge hardware, but also by Samsung’s unique user interface that allows it to shine. Paired with the stylus, One UI tweaks make the device’s tablet experience healthier – apps adjust to display a tablet UI, Samsung’s apps take full advantage of split-screen and “taskbar” on the right edge adds a whole new level of quick tasks in a more efficient way. Everything clicks together and makes sense, especially when navigating the Galaxy Z Fold 3’s unfolded screen with a stylus.

All in a flagship smartphone case

Beyond its futuristic foldable screen looks, the Samsung Galaxy Z Fold 3 remains at its heart an excellent 5G-ready flagship smartphone, with a very good camera and video performance to compete with the best on the market. 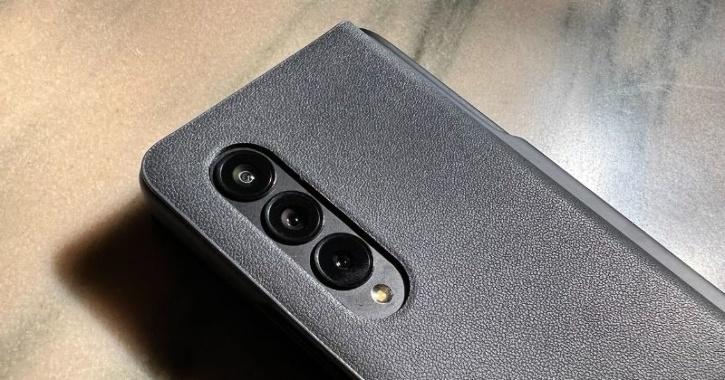 Given its larger screen, the device’s battery life isn’t the best; its front camera can be better; and it’s not pocket-slim enough – but those are just minor flaws, not deal breakers, in a device that brings a futuristic concept to life. I’m sure some of these areas will be improved in the future Galaxy Z Fold update. 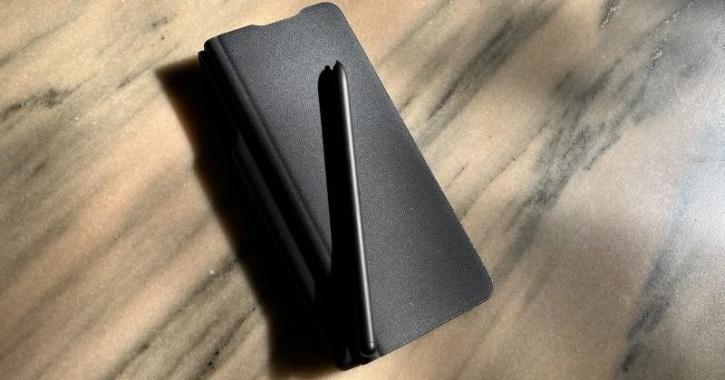 Just as the iPhone has bundled multiple devices into one unbeatable package for so long, the Samsung Galaxy Z Fold 3 will be seen as the first high-end smartphone to feature a fully functional foldable display that made sense to use, who tried to squeeze a tablet inside a truly innovative smartphone experience like no other.